When I started my own blogging, writing, indie publishing journey here on WordPress, I got to know a range of other bloggers and writers. A lot of whom were pursuing their own publishing dreams. One of my favorites over the years has been Tammy Robinson.

In 2013, she published her first book. Charlie and Pearl. It’s a tear-jerking story of love and loss. Once I read that story, I was absolutely hooked on what Tammy does even though, as I like to joke with Tammy, I am most certainly not the target audience for her stories. Cause you know, men aren’t supposed to like tear-jerkers. But the thing is, Tammy writes stories that create such a connection, such a feeling for the characters. Every story she has published is something that has left me both shaken and rejoicing by the end.

Over the years since Charlie and Pearl was released, Tammy independently published a few more books and eventually won herself a publishing contract with Hachette. The first book Hachette published was Differently Normal. The second was Photos of You, which was recently published in the United States.

Tammy lives in New Zealand, where the book was published first and it has ever so slowly moved across the globe, published in Australia, throughout Europe and, finally, landing on American shores earlier this month. It’s a book I’ve been waiting for, not so patiently, for more than a year.

I finished Photos of You last night and, once again, Tammy has done it. The book tells the story of Ava Green, a young woman who was diagnosed with breast cancer and beat it, only to be diagnosed with terminal cancer a few years later. She has barely begun to live her life before she receives this fatal diagnosis. Having spent her life imagining her wedding, she decides to have a wedding before she dies. Whether or not there is a groom involved. One thing leads to another and she meets the man of her dreams, and I’ll leave the story details right there. No spoilers here, but …

Here’s the thing. Once you’ve read a couple of Tammy’s books, you’ll know what’s coming. There aren’t necessarily any surprises. And on some level, that’s what makes her writing and her tales so incredible. Even though you know what’s coming, she draws characters and fills them with thoughts and feelings and experiences in a way that you can’t help but be sucked into their lives, and feel something for them while reading. When the inevitable ending comes, even though you knew what it was going to be, you can’t help but feel something deeply about the whole thing.

And this is what I feel when I read Tammy’s stories, including Photos of You. If you’re looking for the “happy ending,” you won’t find it with Photos of You, or just about anything else Tammy has put out there. What you will get though is real life, and characters who experience that life and still find something that we are all looking for before the end inevitably comes.

That is what I love about Tammy’s books and what brings me to tears whenever I have the good fortune to read her work. There is happiness in sadness and good things that happen even in the darkest of days.

Tammy — I hope you read this. You’ve once again written an incredible story that has left me in tears, but filled with hope. Don’t ever stop doing what you do.

Here’s a bit of the last six months:

Anyway, I’m not looking for sympathy here. I’m just saying, “My god, life can throw you all sorts of curves all at once!” Life in all its glory and sadness has been filling my emotional boat over the last six months. At a time when I should be celebrating this next stage in my life and the freedom and flexibility I hope comes with retirement, I am so filled with sadness and worry and stress that I can’t see that or feel it at the moment. I’m hoping some of that light will come once this last week of work is over, but I’m not sure.

In the weeks that follow, I’ll be spending a lot of time with family who aren’t well, I’ll be meeting with the woman I’ll be consulting with and getting that started, meeting with a CPA to make sure I’ve set up my LLC correctly and know the rules and everything else, going to help Jon’s dad, and continuing to feel all the feels I’m feeling these days.

A few weeks ago, for the first time in years, I visited my grandmother’s grave. She is the only grandparent I ever knew. She died 30 years ago. I’m trying to work on a story about her — it’s the biggest writing challenge I’ve ever taken on, and I’m struggling with it. I thought visiting her grave might bring inspiration. Her husband, my grandfather who died after they were married for only a few years, is buried next to her.

The visit brought out all sorts of feelings, particularly given everything else that is going on — with so much loss and grieving happening in my life — and a realization that those feelings could guide me in this story, which I realize now is about a lot more than just my grandmother. I just need to figure it out and then find the time to write it. Which … well, see above … there’s not much of that right now. And when I do have time, I don’t want to spend it in front of a screen.

Earlier today, I read SorryLess’s weekly Heroes post. He ends those posts with a song. I’m stealing it for this post. I think it’s very appropriate. It takes me back to a time when my boys were 11 and 9. This song became part of our family’s soundtrack back then and hearing it now, reminds me of the magic and mystery of being a parent and watching your children and all of the hopes and dreams that go along with it, all of the wonderful things that come with having kids. It’s a beautiful song.

I was going to highlight something from the lyrics, but couldn’t pick something. It’s all spot on. So, listen and enjoy. And hug those close to you, love those far away, and never give up on hope and on your dreams.

My new piece over on Medium.

I’ve been thinking about this post all day, after a conversation with a friend about the choices we have this year, and getting into all of it, but I’ll just go with this. I miss him. He wasn’t perfect and he made some mistakes, particularly towards the end of his administration, but I feel these days like we will never be lucky enough to have a President who is as good and decent and intelligent and thoughtful as this man. Ever again. 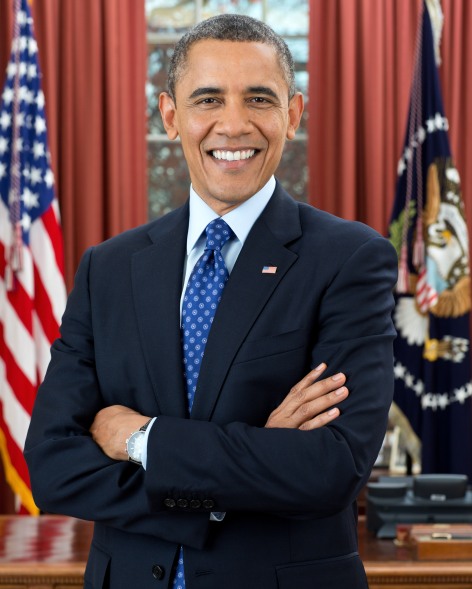 Every once in awhile when I go out to eat I start thinking about the food on my plate and I look around the restaurant and see all of the people eating and then my head spins out into the wider world and imagines all of the people eating at all the restaurants in all of the world. And I wonder how in the hell all of that food comes to be. Where is it grown, fed, watered, processed, and then prepared for my plate, and the billions of plates on tables around the world. The scale of such a thing just seems so impossible, and it also becomes obvious why we are destroying our planet.

This weekend we have a real life example of this. Yesterday, I heard on the radio that it is estimated that Americans will spend $3.1 billion on beer to consume during the Super Bowl tomorrow. But, more importantly, the National Chicken Council (or some organization like that) has estimated that … are you ready for this … Americans will consume … I really don’t think you’re ready for this. So, let me give you a picture… 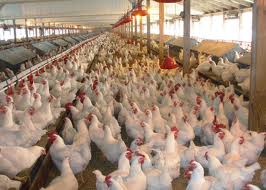 That, ladies and gentlemen, is the proverbial feathered tip of the ol’ iceberg of what we’ll need for tomomrrow. According to the radio, the National Chicken Council estimates that Americans will eat 1.3 billion chicken wings tomorrow during their Super Bowl festivities.

(Interestingly, I just googled this to confirm what the radio said and it turns out that the NCC estimated that Americans would eat 1.33 billion wings in 2017, 1.35 billion in 2018, and 1.38 billion in 2019. And here’s an article that had a few other estimates related to food consumption during the 2019 Super Bowl — like 10 million pounds of ribs and 14,500 tons of chips!)

Think about it this way … unless science has progressed in a way I’m not aware of, every chicken has two wings. That means to produce the wings estimated for consumption tomorrow, there need to be somewhere between 650 – 700 million chickens raised, fed, slaughtered, processed and sauced FOR JUST THIS ONE DAY!!! How is that even possible?!?!?