Many moons ago, I engaged in a bit of banter with Trent Lewin about the comparable merits of The Lord of the Rings versus Star Wars.  Silly man that he was he attempted to write an epic poem to prove his thesis that Star Wars is the superior tale.  I was somewhat blown away by his effort, truth be told.  In the intervening months, the banter has come and gone as the talented Trent eggs me on to top his effort.  To prove that the trilogy of hobbits, dwarves, elves, wizards and men bests the cinematic tale of Darth, the Force, and death stars.

I finally realized that I was going about it all wrong.  There’s no need for a poem here.  No need to engage in a counter-epic, if you will.  No, it’s rather easy actually.

You see with Star Wars you have women with clam shell hair.

And with The Lord of the Rings, you get elvish princesses with pointy ears …

and damsels in distress who wreak their own havoc.

Nuff said  And I didn’t even have to mention those incredibly cool fuzzy feet hobbits have.  Their pipes or their beer.  Their gardens or their feasts.

Trent, back to you.

P.S.  When I typed in “women of Lord of the Rings” into the ol’ Google Image search engine, this picture showed up.  Maybe I need to change my mind. 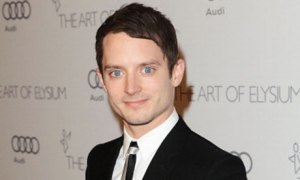 26 responses to “Hobbits versus Jedi — it’s rather easy actually”